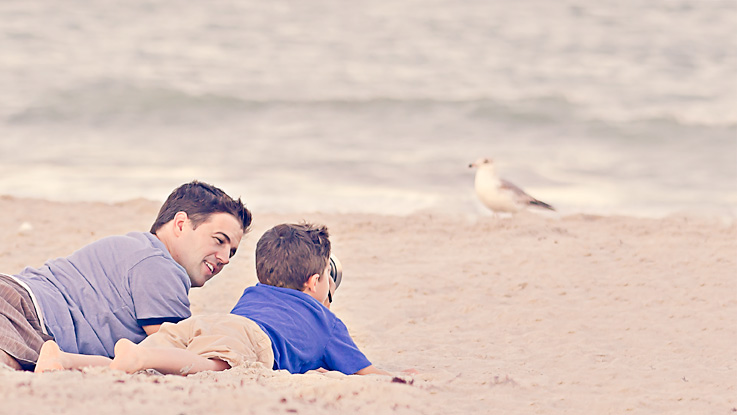 Welcome to International Bird Rescue’s latest edition of Photographers in Focus, our tribute to the wildlife photographers who further inspire our passion for bird rehabilitation.

You needn’t be Mattias Klum to score a terrific seabird photograph. At International Bird Rescue, we’re often as drawn to hobby shots by amateurs who love some of the many species we often rehabilitate as we are to the work of today’s hottest wildlife photographers.

While recently perusing Flickr, we came across some beautiful frames by Matt Bryant (pictured above, with son, Jordan), a Florida native who works for Liberty Mutual Insurance and has a lifelong passion for shorebirds, from the Marbled Godwit to the endangered Piping Plover.

But one species is a particular muse for Bryant: the Black Skimmer, the largest of three Skimmer species. American ornithologist Robert Cushman Murphy, as Audubon notes, once described the Black Skimmer as “unworldly…aerial beagles hot on the scent of aerial rabbits.”

Bryant also raves. “There is nothing else like them in the world,” he says of Skimmers on Indian Shores near St. Petersburg, Fla. “They fly so gracefully and with great speed. It’s so much fun watching them skim across the water. They’re the only bird on the planet with a longer lower mandible, as they drag it in the water zig-zagging back and forth for fish.”

Bryant recently took a few minutes out of his day to tell us more about his passion for our small ocean beach companions (as well as magnificent waterfowl): 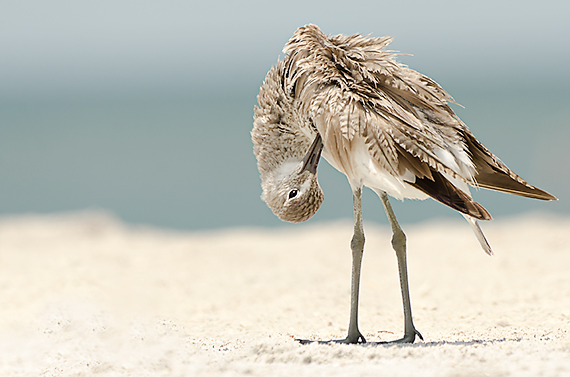 Have you always been interested in shorebirds? What draws you to them?

Shorebirds have always been interesting to me but not until recently have I discovered how fragile they can be. When I was younger, I never realized harm could be caused when chasing a flock of birds making them fly. Now I find myself yelling at others not to do so and educating my own children to have respect for the wildlife. The beach belongs to them, and I’m just borrowing it. I’m drawn to the athleticism of these animals — it’s truly amazing how they can target a fish and pinpoint its direction, then make adjustments within milliseconds to catch it. 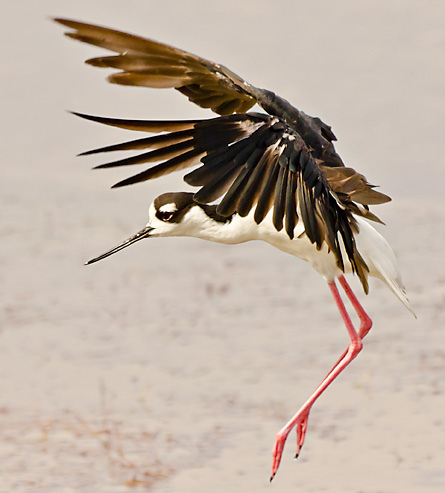 What camera do you use?

I shoot with a Nikon. I’m thankful my wife bought me my first DLSR camera, which has allowed me to reconnect with nature in a way I never have before. We are each others’ eyes and ears when out birding. 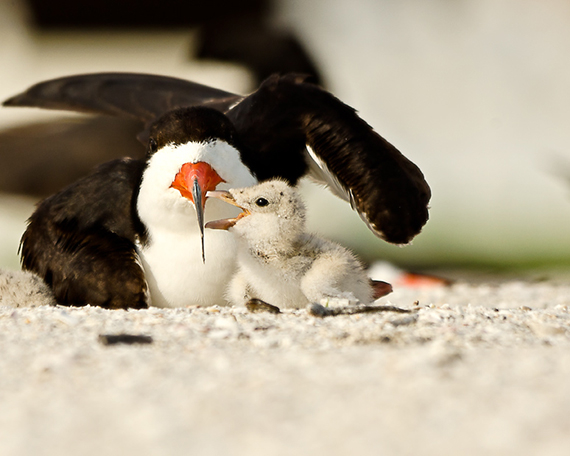 What’s your favorite shot of all time?

My favorite is of the newly hatched Black Skimmer babies. We missed them the year before, and seeing them mere hours after hatching was like seeing a famous celebrity. They’re so tiny as they wobble along waiting for fish to eat. My favorite scene was when the parent brought a fish too big to eat, then took the fish, mashed it up a bit, and made it easier to consume. I still am trying to figure out where he put it, because the fish looked bigger than the baby Skimmer. 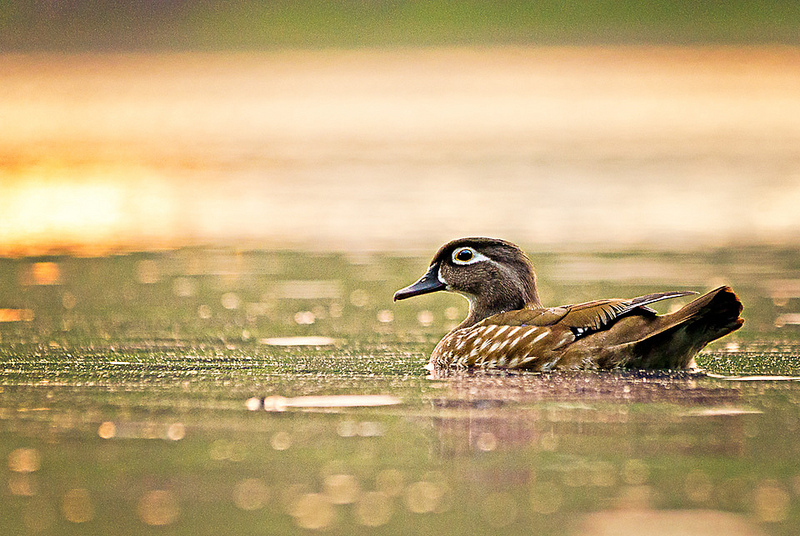 Have you ever seen injured birds while photographing?  Thankfully I haven’t seen too many. I did see a Willet with a bad leg that looked like the circulation was cut off from fishing line. I got a quick glimpse as another Willet shared some food, then both flew off in the distance. Most of the locations we explore have bird sanctuaries nearby in the event we come across an injured bird. 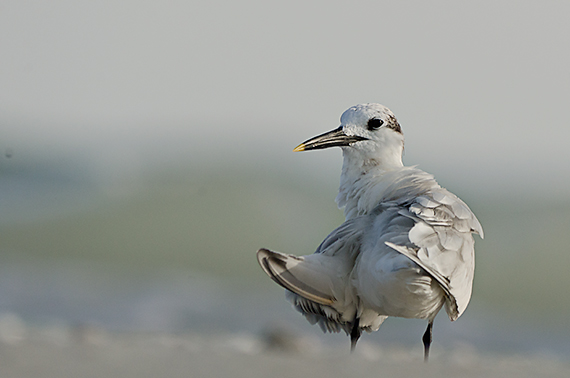 Why is wildlife photography important to you?

As a kid, I could always be found exploring the woods for any kind of wildlife I could find. Now that I have added 500mm to my eyesight, I have discovered a world of beauty I never could have imagined, and it surrounds you everywhere. My own backyard has provided some fantastic shots of wildlife, and I’m a short drive away from Merritt Island National Wildlife Refuge.

Once you open your eyes and pay attention, the world around you changes. I’ve seen Bald Eagles in the middle of the city, or the Mockingbird that turned out to be a Cedar Waxwing, or a Wilson’s Plover that turned out to be a Piping Plover, currently the sixth most endangered bird in America. If my photos help open up people’s eyes to the beauty that surrounds them, maybe they would think twice before chasing a group of Plovers or Terns, or leaving trash on the beach. 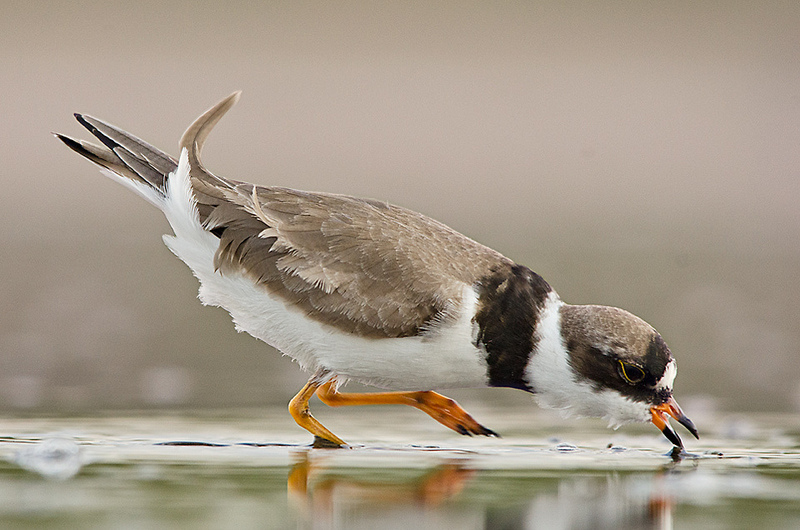 And check out some of our previous featured photographers, including Robyn Carter of New Zealand and Christopher Taylor of Venice, Calif.