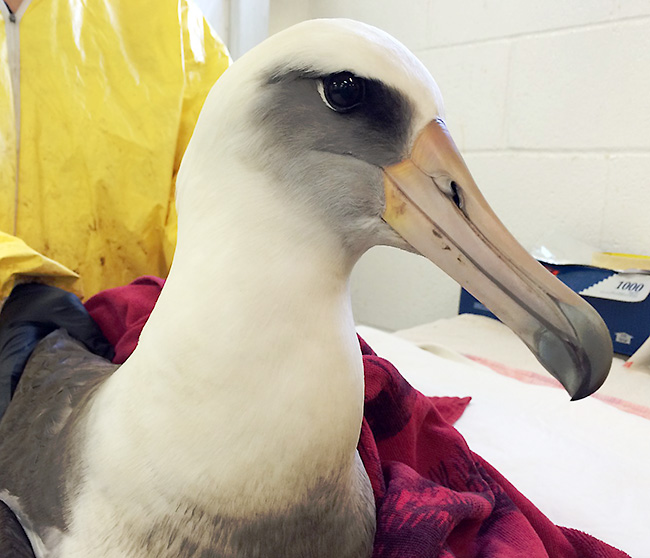 A Laysan Albatross who hitched a ride on a west coast bound container ship is now safely in care at our Los Angeles center.

The seabird was emaciated and dehydrated when it was rescued on March 21st. It was also trapped between containers for at least 10 days on a ship enroute to the Port of Long Beach.

To add to its predicament, the Albatross was also found to be contaminated by grease and had a bathtub ring of oil around its chest. The bird was cleaned of grease at our center in San Pedro.

Over the last two days the bird has received supportive care (IV fluids and oral nutritional tubings). This week the bird is gaining weight and will soon be released back to the wild.

Laysan Albatross are frequent stowaways on container ships that travel the ocean highways. They have often been spotted resting or even building nests aboard these vessels.

Read more on these wandering seabirds of the high seas:

Albatross: Looking for Land in All the Wrong Places

Double stowaway: Laysan Albatross catches a ride on container ship and a pickup 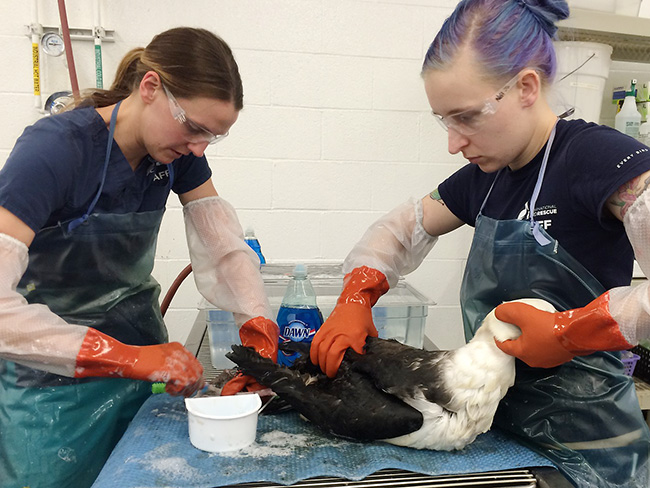